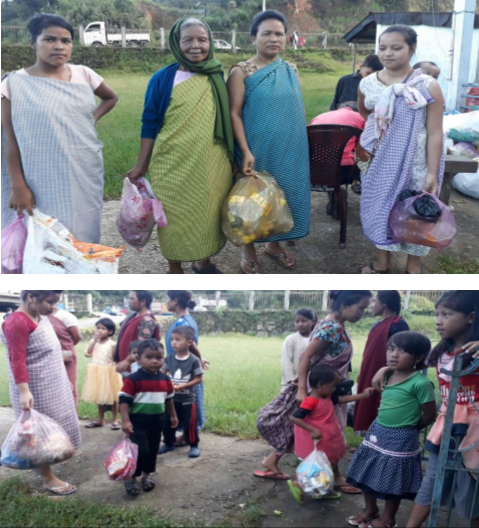 East Khasi Hills is the first district in Meghalaya to take up initiatives for plastic waste management (PWM) as a part of its ODF (open defecation free) Plus activities.  Towards this, it began mobilization exercises at Pynursla Block with necessary inputs and support from the State SBM-G (Swachh Bharat Mission Grameen) programme.

According to State officials, work in this area commenced on a trial basis in a few villages on 12th July 2019.  Following the identification of cluster villages in 11 blocks as well as pickup and exit points for movement of plastic waste; segregation of waste at source, collection and transportation of waste to designated centres began in earnest.

While the first loading of plastic waste was done on 1st August 2019, collected waste was transported to a common stock yard at the district headquarters and thereafter given to a scrap dealer for onward transportation to cement companies to be used as fuel and also to other sites for use in construction of roads. 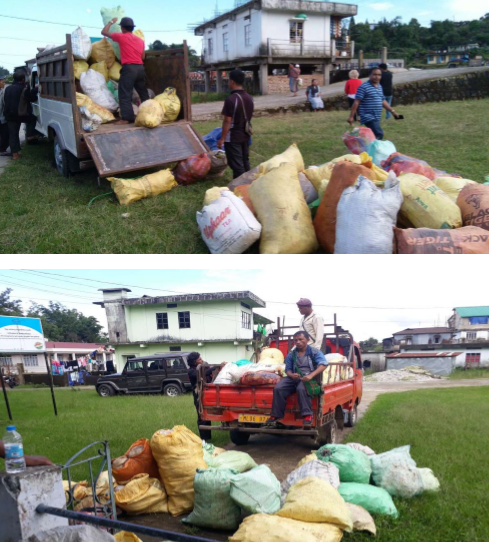 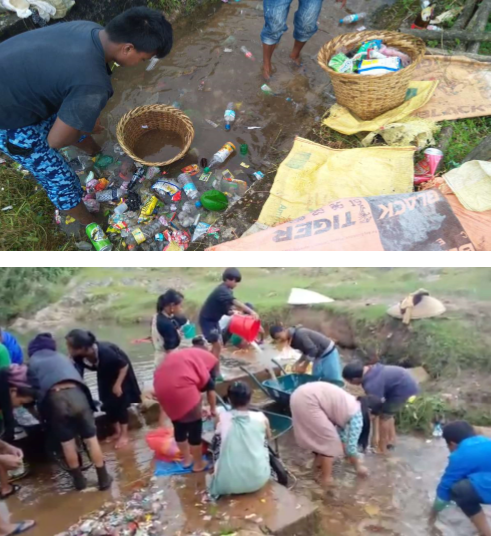 The activities undertaken under PWM exercise sparked massive participation among the people in the village at all levels, the main features being:

The entire exercise was undoubtedly effective as seen during the traditional and customary practice of village cleaning drives.  Normally, such cleaning drives saw the accumulation of multi-coloured waste comprising leaves, and varieties of plastic waste, etc.  However, this time, the waste collected was just brown and green, given that all other plastic waste had been collected earlier, leaving solely the leaves and the weeds for making compost.  That’s how effective the plastic waste collection drive had been.

This was indeed a motivating factor for the villages, contributing to bringing back the organic status to their villages.  Further, the PWM model adopted had a multiplier effect as it generated income by turning trash into cash by way of generating employment for collection, sorting and segregation, weighing, stacking, registration of names and others to many persons, involved in the exercise. 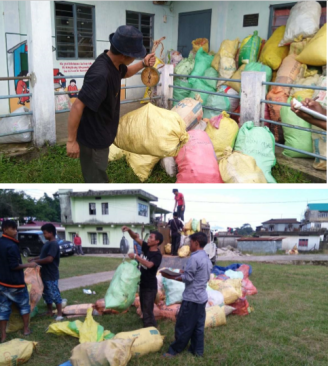 The PWM exercise if standardized and evolved as a sound system could be upscaled to become a source of regular monetary incentives to sustain the Swachhagrahis who are primarily involved in the collection, sorting and transportation of plastic waste.

To ensure sustainability of the efforts undertaken under PWM, the District has come up with a ‘Block – level PWM model” under which all organizational and functional requirements are standardized.